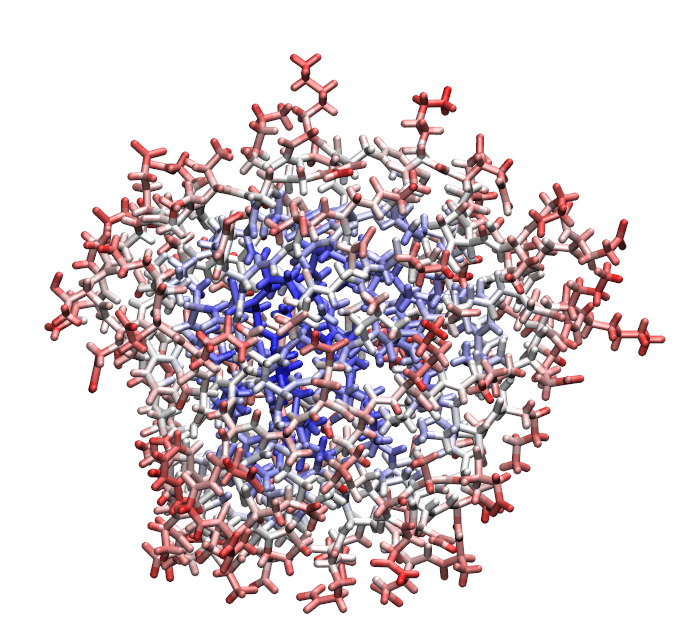 Implicit solvent models play an important role in describing the thermodynamics and the dynamics of biomolecular systems. Key to an efficient use of these models is the computation of Generalized Born (GB) radii, which is accomplished by algorithms based on the electrostatics of inhomogeneous dielectric media. The speed and accuracy of such computations is still an issue especially for their intensive use in classical molecular dynamics. Here, we propose an alternative approach that encodes the physics of the phenomena and the chemical structure of the molecules in model parameters which are learned from examples. In our project, GB radii have been computed using i) a linear model and ii) a neural network. The input is the element, the histogram of counts of neighbouring atoms, divided by atom element, within 16 Å. Linear models are ca. 8 times faster than the most widely used reference method and the accuracy is higher with correlation coefficient with the inverse of “perfect” GB radii […]