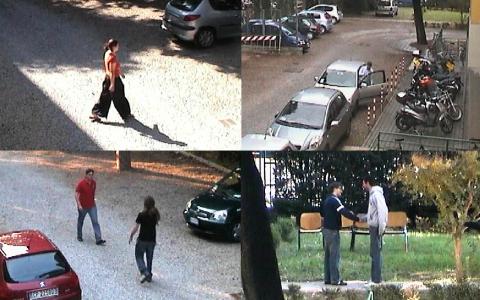 Building a general human activity recognition and classification system is a challenging problem, because of the variations in environment, people and actions. In fact environment variation can be caused by cluttered or moving background, camera motion, illumination changes. People may have different size, shape and posture appearance. Recently, interest-points based models have been successfully applied to the human action classification problem, because they overcome some limitations of holistic models such as the necessity of performing background subtraction and tracking. We are working at a novel method based on the visual bag-of-words model and on a new spatio-temporal descriptor. First, we define a new 3D gradient descriptor that combined with optic flow outperforms the state-of-the-art, without requiring fine parameter tuning. Second, we show that for spatio-temporal features the popular k-means algorithm is insufficient because cluster centers are attracted by the denser regions of the sample distribution, providing a non-uniform description of the feature space and thus failing to code other informative […]