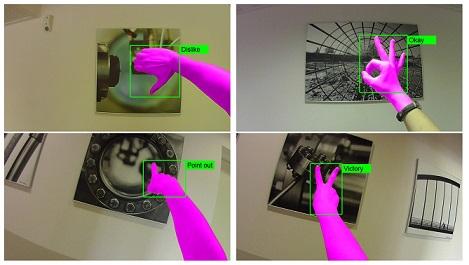 Augmented Reality and Humanity  present the opportunity for more customization of the museum experience, such as new varieties of self-guided tours or real-time translation of interpretive.  At the end of this year several companies  will release wearable computers with a head-mounted display (such as Google or Vuzix). We’d like to investigate the usage of these devices for Cultural Heritage applications.

Augmented reality is a real-time direct or indirect view of a physical real-word environment that has been enhanced/augmented by adding virtual computer-generated information on it. Augmented Reality aims at simplifying the user’s life by bring virtual information non only to his immediate surroundings, but also to any indirect view of the real-world environment, such as live-video stream. AR enhances the user’s perception of and interaction with the real world. While Virtual reality technology or virtual Environment as called by Milgram, completely immerses users in a synthetic world without seeing the real world, AR technology augments the sense of reality by superimposing virtual object and cues up the real world in real time. For this reason augmented reality is destined to play a role in the future of education and cultural heritage providing a more effective way to enable learners or visitors  to access content.